The Story Of A Designer Diya 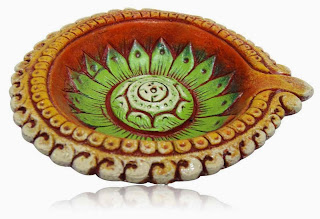 The designer diya was old, dull, dim and dinted. It lay there in the corner of the kitchen store room unwanted, uncared for amidst other regular diyas, half-burnt candles, unused rangoli colors, plastic thorans: all tightly tied-up and stored in a thick polythene bag.

Deepawali cleaning was going on in full swing; and for best reasons known to Reshma, my maid servant, the kitchen store room became the first target of her attention.

“Can I have that designer diya,” asked Reshma deferentially.

“Why not?” said I. Because unlike other maid servants who behaved like communist workers who constantly insisted on constant rise in salaries, let alone demand for over-used pressure cookers, old kid’s cycle, old slippers, clothes, bonus and all, Reshma was way different in her behaviour. She never demanded or insisted on anything from anyone.  A typical gau walli: sari tucked above the waist, vermillion that stretched from her forehead and covered half of  her head, infinite ear piercings and a big bindi. All these mundane traditional stuff combined together to complete her kamvali look.

“I am going to get a brand new designer diya this year, so if you want to have this one, go ahead, take it.”

“Na memsahib, this is not for me, but for my five-year-old-daughter Roshini – the light of my life”.

Overjoyed by my optimist answer, Reshma without wasting any more time untied the polythene bag and took the designer diya to her daughter who was patiently waiting outside to lay her hands on the treasure.

But how come she knew about the existence of this designer diya, which lay in the nondescript corner of the kitchen store room?  Anyway.

Next day, I returned from my part-time job earlier than usual. And there she was playing with her dolls in the living room. A cursory glance revealed a thin figure with ribs sticking out from either side. A shabby white skirt with generous spread of haldi and tea stains and a tomato red battered blouse that inadequately covered her top portion.

“Hi Roshini, I called out to her.”

Frightened, Roshini was too stunned to respond.  Grabbing her dolls with both hands and tears threatening to tumble down from either side she rushed to the kitchen to be at her mother’s side. On the way the little one slipped and fell down with a loud thud. I could hear her loud cries from the kitchen. Reshma consoled her and after some time came rushing into my room along with Roshini.

“What happened, memsahib?”  “Did this little shaitan disturb you?”

“No, nothing like that, first tell me, has she hurt herself?”

“No, she is fine memsahib.”

“Tell her she can continue playing in the living room with her dolls and ask her to stop being so frightened of me.”

Reshma stayed in slum quarters along with her daughter, which was a minute’s walk from my apartment.

That night was Diwali night. I could easily make out from my verandah, a tiny figure lighting the large designer diya. She had managed to transform its look completely with generous spread of gold and silver shimmer. In fact, it was sparkling under its own light. Cute little rangolis with two more mud diyas positioned on either side complemented its look. Of course, I was quite impressed with Roshini’s creative streak.

“Happy Diwali,” I wished her.

Caught off guard, she once again rushed inside to be at her mother’s side.

“Come on in, memsahib,” said Reshma, “she is not used to you and so the nervousness.

That 'masahib' instantly struck a chord with me. Despite myself, I felt in backwaters of my unconsciousness that she was the daughter I never had.

Once Deepawali got over, the designer diya was back in the house. This time it had made a conducive place for itself on the tulsi platform. The tulsi was planted on a high concrete platform. Every night Roshini along with her mother would religiously light it up and pray fervently for favors. As days passed by, little sketches of devi, devtas, flowers, petals, leaves among many drawings started appearing on the platform.

However, unknowingly one fine day while watering the tulsi plant, few of her creations got completely washed off. Sorrow washed over Roshini. She felt that I did it deliberately. Mortified, the next day she was not around to light up the diya, but at my doorstep with an apologetic face.

“I am sorry masahib,” she said, teary-eyed.

“O ho!” Don’t be sorry, tiny one. Your creations are beautiful. It’s just that I carelessly poured more water than required, so, it was an accident. Don’t take it to your heart sweetie pie. In fact I should say sorry to you. Come here.”

And I gave her tight hug.

Glad that her creations were being liked and admired, Roshini was excited to accelerate the pace of creations. She went on to recreate some of the lost stuff, and more importantly, added a lot more layers to show off her creative bend. Every morning I could see new sketches popping up. Then the next day she would breathe life into them by filling it up with her choicest colors. Even the gardener put in a plea for the little artist saying that her drawings were not just child’s play for it greatly added to the beauty of the garden.

However, one morning I woke up to see no new sketches; even Reshma was not around. This was rather unusual.  Reshma used to come at the crack of dawn. Today, there was no sight of her. I went out to the verandah to find few of Reshma’s neighbors crowding the entrance of her shanty. I shouted out to her. Little Roshini came running out and announced, “ma is unwell."

I called in the doc.

“She has got dengue,” said the doc “but it’s too late to do anything now.” Reshma was immediately admitted to the hospital but medicines failed to revive her.

When Reshma’s body was lifted for the last rites, Roshini caught hold of me and started crying inconsolably.  She wanted me to stop those men from carrying her ma away. Though I tried to explain that her ma is no more and had gone to heaven meet God, I knew, it was too much for a five-year-child to comprehend.. The only thing that her tiny mind could make out was that her mother was tied to a wooden plank with thick ropes and some men carried her away on their shoulders. I  simply had no words to console her. So I took her in my arms and embraced her, like never before.


“You can't pay anyone back for the goodness they've showered on you, so you try to find someone you can pay forward." Masahib’s generous and noble nature, inspired Roshini to play the role an anchor for many orphaned and street kids today…leading them to light in their hour of darkness.

The fellow Blog-a-Tonics who took part in this Blog-a-Ton and links to their respective posts can be checked here. To be part of the next edition, visit and start following Blog-a-Ton. Participation Count: 02
at November 02, 2013 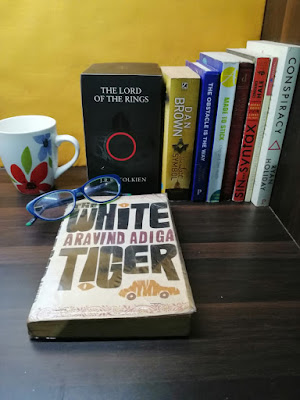 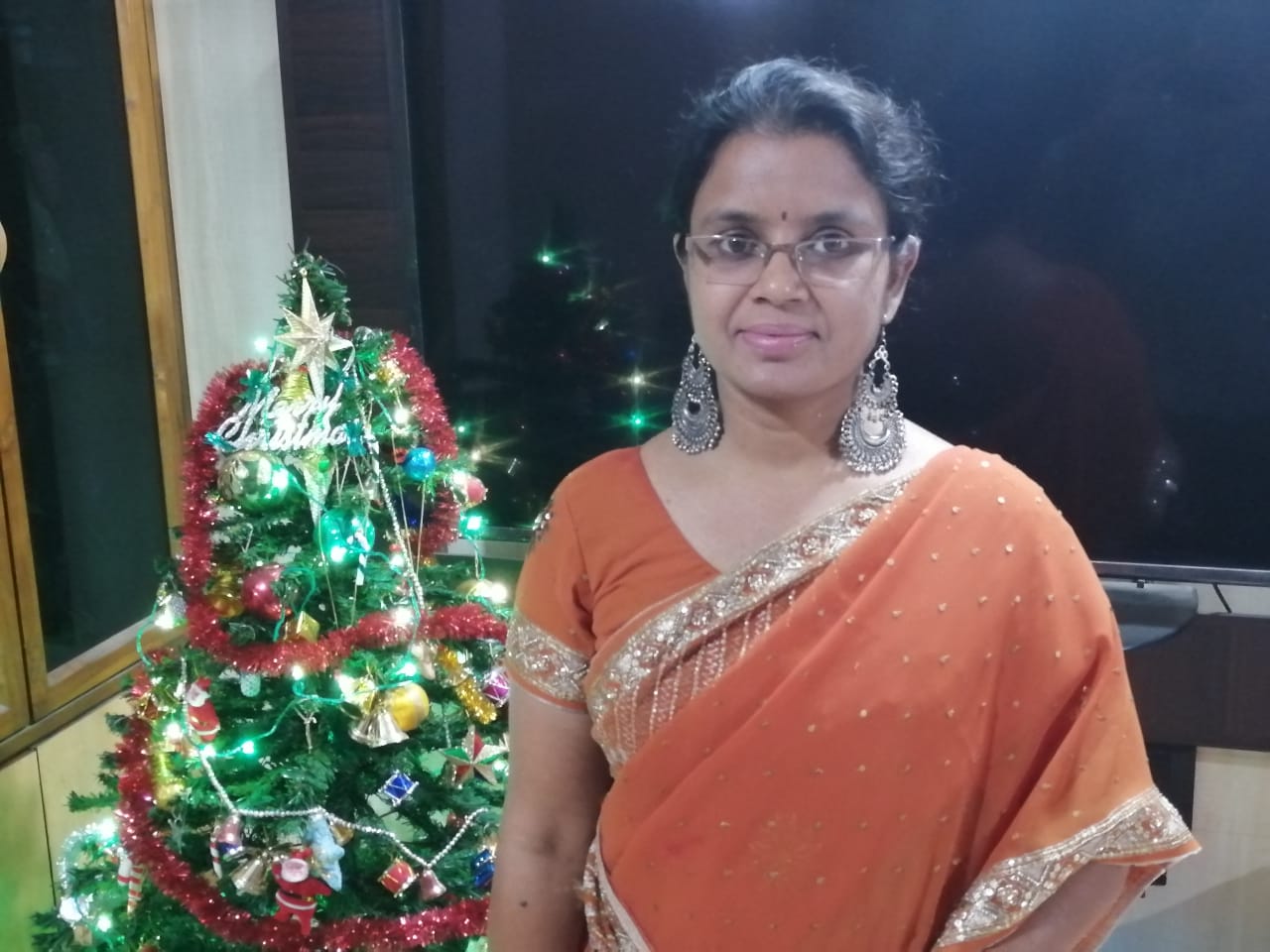